Here is a quick recap of my short experience with Oculus Quest:

My final verdict – Oculus Quest is an awesome product and you will definitely enjoy VR! Using it without a PC in standalone mode is easy and there are enough games and apps to enjoy. Using it with a PC via the Oculus Link requires a powerful PC to play in the highest graphics details but in lower graphics details works flawlessly, too.

After all I returned the Oculus Quest headset because of the following reasons: 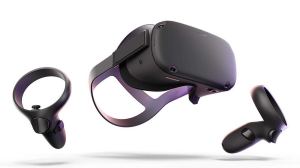